Thoughts of Bangabondhu ‘Empowering Women’ based on “Amar Dekha Nayachin” 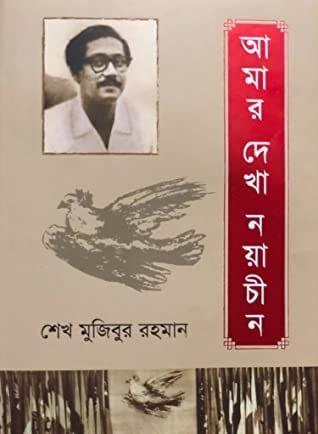 I was privileged to accompany hon’ble President Abdul Hamid (The then Speaker) in 13th Western China international Fair 2012 in Chnegdu. It was my first visit to China and I was keen to learn their history, and reason behind economic advancement. Hon’ble President insisted me to go through the book “Amar Dekha Nayachin” by Bangabandhu Sheikh Mujibor Rahman. I found the book very interesting and enlightening. Even today on the eve of women’s day the book is equally relevant.

Bangabandhu was aware of the establishment of women’s dignity, he always raised voice to stop violence against women. In his own book “Amar Dekha Nayachin” Bangabondhu has described the condition of women’s in the society of that era. He also gave contemporary views and ideas to achieve the freedom of women.I picked up some lines from different pages of the book.

In 1952, Bangabondhu Sheikh Mujibur Rahman participated in the Peace Conference of the Asian and Pacific Regions as a member of the then Pakistan delegation representing East Bengal. On the way to China, he had to take transit in Burma (Myanmar) and Hong Kong. During his stay, he observed the socio-economic issues of the common people, including the issues of women’s economic misery in particular.

During his short stay in Hong Kong, he described the social system as,

‘What’s the point of blaming these girls? They are struggling to survive in this social system, earning a living with dignity. Alas man! Many girls on the streets of Hong Kong are seen walking around like this. The country is owned by the English, not the people. ‘

His heart ached to see the miseries of women. At that time Hong Kong was an English colony. The native people did not have power. The locals were the victims of indescribable exploitation and deprivation. Therefore, he has repeatedly mentioned that the government has a responsibility to provide food, clothing, shelter, health care and education to its people. He spoke about the responsibility of the society.

During his travels in China, the equal participation of women in the workplace attracted him immensely. He wrote,

“Nowadays, the girls of Nayachin(New China) are joining the army, working in the field, in the factories. In all the factories, government offices I have visited, I have seen girls working; Their number is above 40 percent in some places. ”

The main reason of the development of Nayachin (New China) is that men and women have come forward equally in the call of the country. The nation has responded equally to the constructive work. So, the nation is moving forward today.

During the peace conference in China, he observed the condition of people from different walks of life. On women’s empowerment, he writes,

‘Today, girls are getting all the jobs in Nayachin (New China). Working in shoulder to shoulder with men. Proved that God created men and women with equal power. Given a chance, women can be scientists, historians, doctors, warriors too. ‘

One group of society wants to keep women under house arrest in the name of religion. That is why Bangabandhu Sheikh Mujib mentioned,

‘The Muslim country of Turkey has recognized the freedom of women. Women have come a long way in that country. There are many female pilots in Turkey who are one of the best pilots in the world.”

In the minds of some educated and uneducated people of our country, that women have paradise under the feet of husband. Men can do whatever they want. Women have to silently endure all injustices in the hope of heaven. The bigger thing is that women have to depend on men’s money.”

Islam has given full freedom to women. It doesn’t mean women will stay at home and will not go out, will be dependent or will depend only on men’s earnings. On the contrary, even in the time of the Prophet (SM), women had considerable freedom. Women played a role alongside men, even in battle too.

‘Reading the history of Islam, it is known that Muslim women used to go to the battlefield with men and carry weapons. they used to take care of the injured. Hazrat Ayesha, the wife of Hazrat Rasool Karim (SM) used to say, ”Islam has given women rights in the world.”

Just after 9 months of our independence, in 1972 Bangabandhu introduced a constitution for the nation. In order to develop women leadership, Bangabandhu made provision of reserved women seat in the Parliament. That was set a challenging example of ensuring women’s right and presence in politics. As a result, the number of reserved women seats in Parliament has been increased to 50 today.

In the 21st century, what we are thinking about women’s empowerment today. Bangabandhu has felt and planned for it long back. His passion for women, were the expression of a conscious father, a responsible brother, and a beloved man. May be this is one of the reason why he is Father of The Nation. By the barbaric assassination of Bangabandhu in 1975, it was appeared like every family in the country had lost its father, an era darkness fell on the golden Bengaldesh.

Today, the people’s leader Sheikh Hasina is moving forward with the light torch of women’s empowerment on the path shown by Bangabandhu. Let Bangladesh move forward with equal rights and contribution of men and women. “Joy Bangla, Joy Bangabandhu.”